A Fistful of Maori


You might have been wondering about how my Maori conversions http://withob.blogspot.co.uk/2018/01/im-not-doing-maori-here-they-are.html were going.  Not too bad I think. 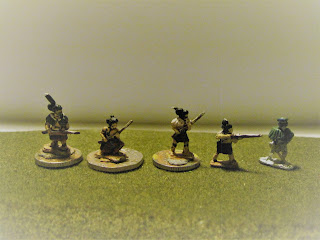 The raw figures are Irregular Natal Native infantry with guns and Dahomey warriors from the same stable.  That means I have some Dahomey ‘Amazons’ so I can have some Maori women with guns too.  This is all to the good.

The discrepancy in size between the Dahomey and the Natal’ers means my first unit will be a very plausible one of men, women and youths.  Maori women were not at all averse to firing a gun in a good cause. 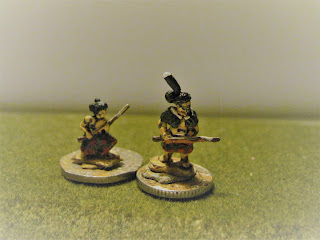 Anyhow four of the conversions have had their initial block coat of paint including tattoos. 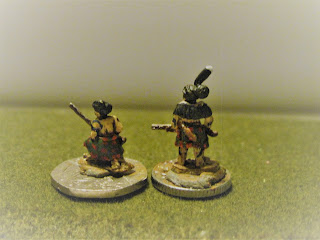 Once I’ve done the first 12 I’ll post them here and then put them away and revisit the whole concept this time next year. 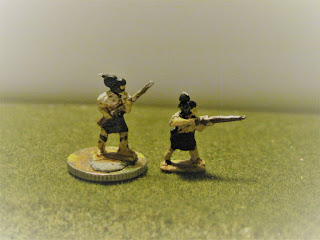 The fifth is still a work in progress-his sword will eventually become a shotgun.  He seems to have got a British officer's cap from some where. 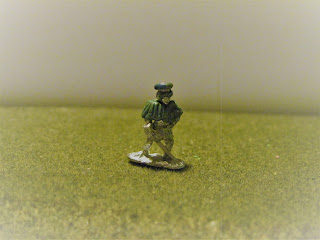 Street Fighting in the Mutiny 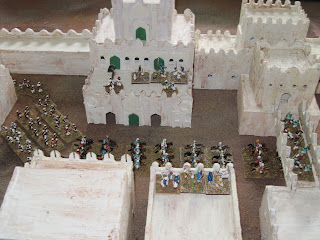 I have an Indian city that I made a couple of years ago.  I wanted to try out some street fighting in the Mutiny using Piquet Field of Battle but other projects intervened.  Anyhow here’s the city. 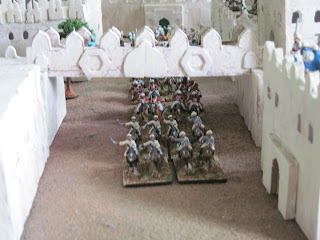 British Generals hated street fighting as most of the military advantages they possessed tended to evaporate within the confined quarters of a city.  Command and control became pretty difficult, discipline was wont to collapse and the advantages in firepower were minimised in building to building close fighting.  For the officers and men, the promise of spectacular loot seems to have compensated for the increased danger. 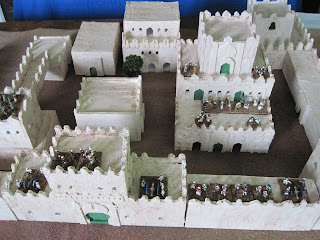 That said it was undoubtedly a traumatic experience and whole formations of British soldiers would become immobile through drink should they come across large stores of alcohol.  When this happened, the officers learned to hold their tongues.  The problem was common enough for Senior Officers to speculate that leaving large caches of alcohol was an Indian tactic. 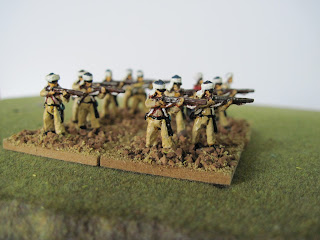 I want to reflect this within the game- a simple roll of two dice will determine on a double if a building has alcohol and the number how many turns the troops are incapacitated.  A throw of double four, four turns of defensive action only for example.  This will only apply to European troops. 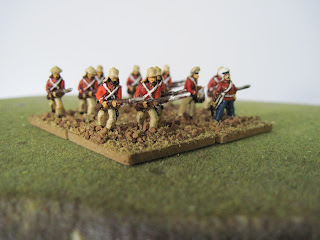 The British auxiliary formations of Ghurkhas and Sikhs do not seem to have indulged in the same behaviour.  The Ghurkhas because they were too well disciplined and the Sikhs because for them the Mutiny was an opportunity to loot in a systemic fashion the former Moghul Empire that had once oppressed them.  British officers did comment that the Sikhs were only there for the loot but without them little could be achieved.  Also looting was deeply entrenched within the military system and we might say necessity found the sanction of custom and practice . 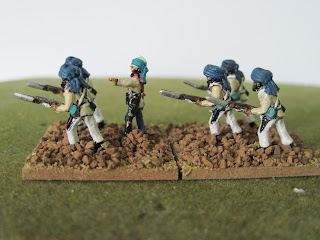 They were both very capable fighters but I’ll need to find a mechanism to reflect the aims of the Sikhs.  In actuality the Sikhs simply shared out the loot on the spot giving their British officer an ample proportion.  Sometimes the original owner was threatened with death in order to reveal hidden treasure.  This took time so I’m going for any building taken by Sikhs means the miss they next turn, save for defensive action, as they are busy.

For the Indian defenders, different issues need to be considered.  Some of the citizens including women will decide to fight. 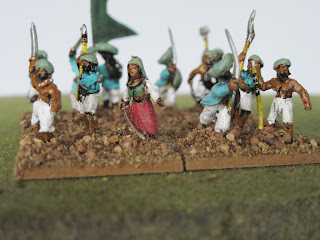 The rulers body guard or retinue will resist too.  The Sepoys, artillery and Sowars will fight too but only as individual units.  Each will answer only to their own commander. 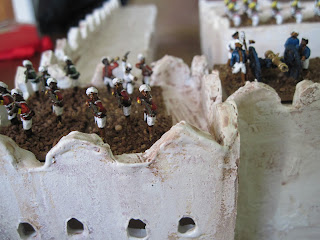 I thought two British Brigades would be adequate to try this out. The General will be off table so the Brigadiers will operate separately though one of them will have Seniority.  Here’s how they look as per Piquet.

More soon, with further thoughts on how to play the Indian defenders.